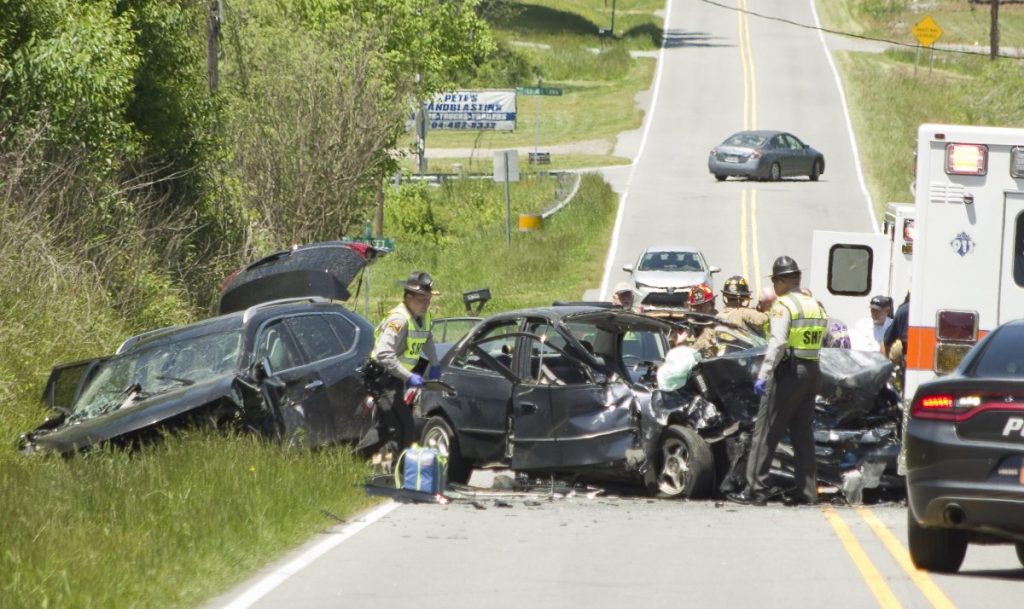 Wreck scene on NC 16 North, near Sunset Drive and Terrace Lawn Court, May 4.

A Taylorsville man has died and two other people were airlifted with injures in a collision on NC 16 this week.

On Monday, May 4, at approximately 1:10 p.m., the NC State Highway Patrol responded to and is investigating a fatal collision in Alexander County on NC 16, just north of Taylorsville in the area of Terrace Lawn Court, according to Master Trooper Jeffrey S. Swagger of the Highway Patrol.

A 2000 Honda Accord was traveling north on NC 16, ran off the road to the right in an area of a low shoulder, overcorrected, crossed the centerline, and collided head-on with a southbound 2017 Nissan Rogue.

All occupants were restrained by seat belts. The possibility of alcohol impairment is still under investigation. Based on the initial on-scene investigation, no charges are expected.

The roadway was closed for approximately 2 hours, Trooper Swagger concluded.