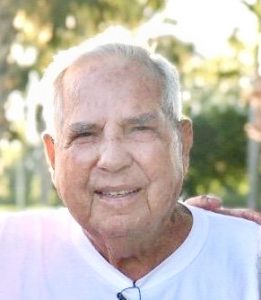 Stanley Curtiss Little, 86, of Flagler Beach, Florida, passed away June 11, 2020 after a period of de-clining health.

Born December 22, 1933, in Alexander County, he was the son of the late David Ransom Little and Ida Pearl Borders Little.

Stan was a member of First Baptist Church of Taylorsville and a member of the Masonic Lodge – Parker Lodge No. 142 F&AM, Parker, Florida for 62 years.

After retiring from the United States Air Force with 21 years of service, he was employed as plant manager of Dixie Boat Works of Newton, and later as a pilot for Broyhill Furniture in Lenoir.

His many hobbies included researching family history and serving as Vice-President of The Family of Capt. Daniel Little, Esq. national organization for nine years. During this time, he was responsible for establishing the Capt. Daniel Little Library in the Dr. Q. M. Little House Museum in Catawba. He also enjoyed golf and wood turning and was an avid sailor on his boats (all three named “Little Bit”) the final 23 years of his life.

In addition to his parents, he was preceded in death by a sister, Mabel Lackey, and three brothers, Clayton, Kermit, and Gwynn.

Graveside service for Mr. Little will be held at Three Forks Baptist Church Cemetery on Thursday, June 18, 2020 at 11:00 a.m. Rev. Dan Redding and Rev. Gary Jennings will be officiating.

It has been recommended that a mask be worn to the graveside service for Mr. Little.