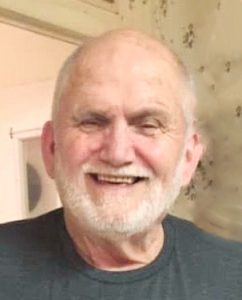 Conrad was born on March 4, 1952, in Alexander County, the son of the late William Perry Pritchard and Martha Malee` Burgess.

Conrad attended Duke University Divinity School. He was a Methodist minister from 1989-1999 and a Baptist Minister and Deacon from 2002-2020. Conrad was also a carpenter and enjoyed woodworking, gardening, and spending time with his grandchildren. He also worked at Brushy Mountain Farm and Orchards.

Conrad was preceded in death by his parents and brother, Wayne Pritchard.

A drive thru visitation will be held at 11 a.m. till Noon, Wednesday, June 24, 2020 at Moravian Falls Baptist Church in Moravian Falls. A private celebration of life will be at a later date with Pastor Joe Sturgill and Rev. Chris Goforth officiating. The family will conduct a homecoming service at a later date. Inurnment will be with the family.

In addition to flowers, memorial donations may be given to: C/O Sandra Pritchard, PO Box 188, Moravian Falls, NC 28654, to distribute memorials to Liberty Methodist Church and Moravian Falls Baptist Church.

Adams Funeral Home of Wilkes has the honor of serving the Pritchard Family.