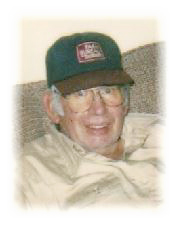 Flake Herman Clanton, 86, of Statesville, passed away on Sunday, June 28, 2020 at Gordon’s Hospice in Statesville, after a period of declining health.

Mr. Clanton was a native of Alexander County, born June 6, 1934, son of the late Edward S. and Grace M. Clanton.

He was a retired farmer, carpenter, and plumber and spent much of his time working for Alan Lackey Plumbing and Hope Brothers Builders. Whenever possible, he could be found outdoors. Hunting and fishing were his favorites. He was a devoted caregiver to his son, Stephen.

He is survived by two sisters-in-law, several nieces, nephews, great-nieces, and great-nephews.

Levi Lambert, Tony Clanton, Bill Masters, and Nelson Dellinger were special caregivers to Herman during his last days at home.