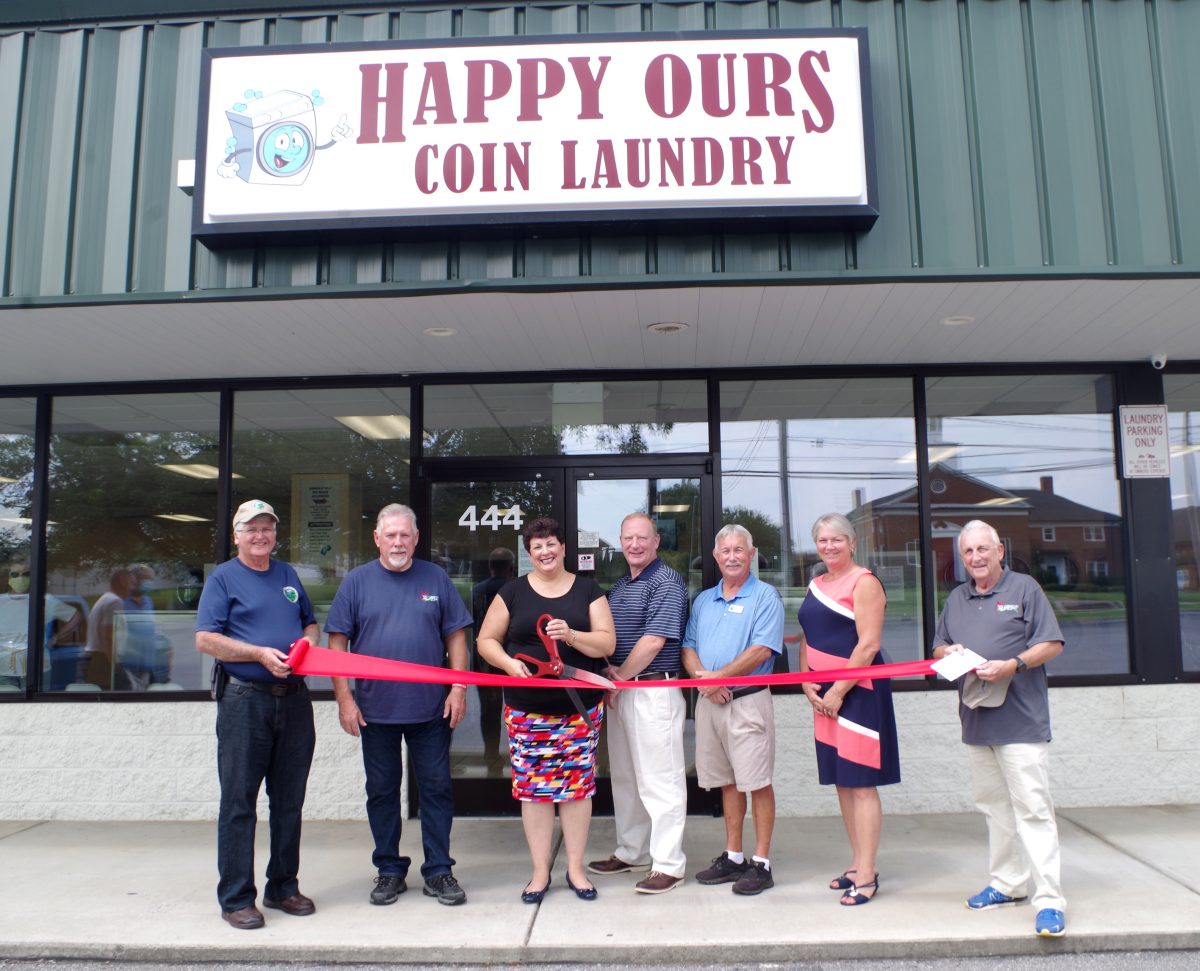 By MICAH HENRY
Local couple Dana Hopper Baldwin and Tom Baldwin, of the Bethlehem Community, have opened a laundromat in Taylorsville. This a service that was sorely missed by many local residents when the last coin-operated laundry closed at the end of 2019.

A ribbon cutting ceremony was held for the Baldwins’ business, Happy Ours Coin Laundry, LLC, on Monday, August 10. The laundromat is located at 444 West Main Avenue.

Town of Taylorsville officials gathered at the laundromat to welcome the Baldwins’ facility as a new business in town.

Dana Hopper Baldwin noted that she is the daughter of the late Bob Hopper, former N.C. Highway Patrolman in Taylorsville. She and her husband had lived in the Asheville area for about 20 years but moved to Alexander about one year and eight months ago.

“It’s great to be back in Alexander County,” said Mrs. Baldwin.

“One lady who came while we were setting up, when she found out we were opening, she was so overjoyed she had tears in her eyes,” Mrs. Baldwin added.

Earlier, on April 7, the Taylorsville Town Council approved an emergency incentive under NC General Statute 160A-456 to make a $7,000 contract, payable from the General Fund monies to a responsible business (or 2 such businesses) which could open a coin operated laundry having a minimum of 25 clothes washers and 25 dryers within Census Tract 404 in Taylorsville.

The facility had a soft opening on July 25.

A staff member is on duty at the laundromat during business hours, which are 7 a.m. to 9 p.m., seven days a week. For more information, contact Happy Ours Coin Laundry at 828-424-0049. 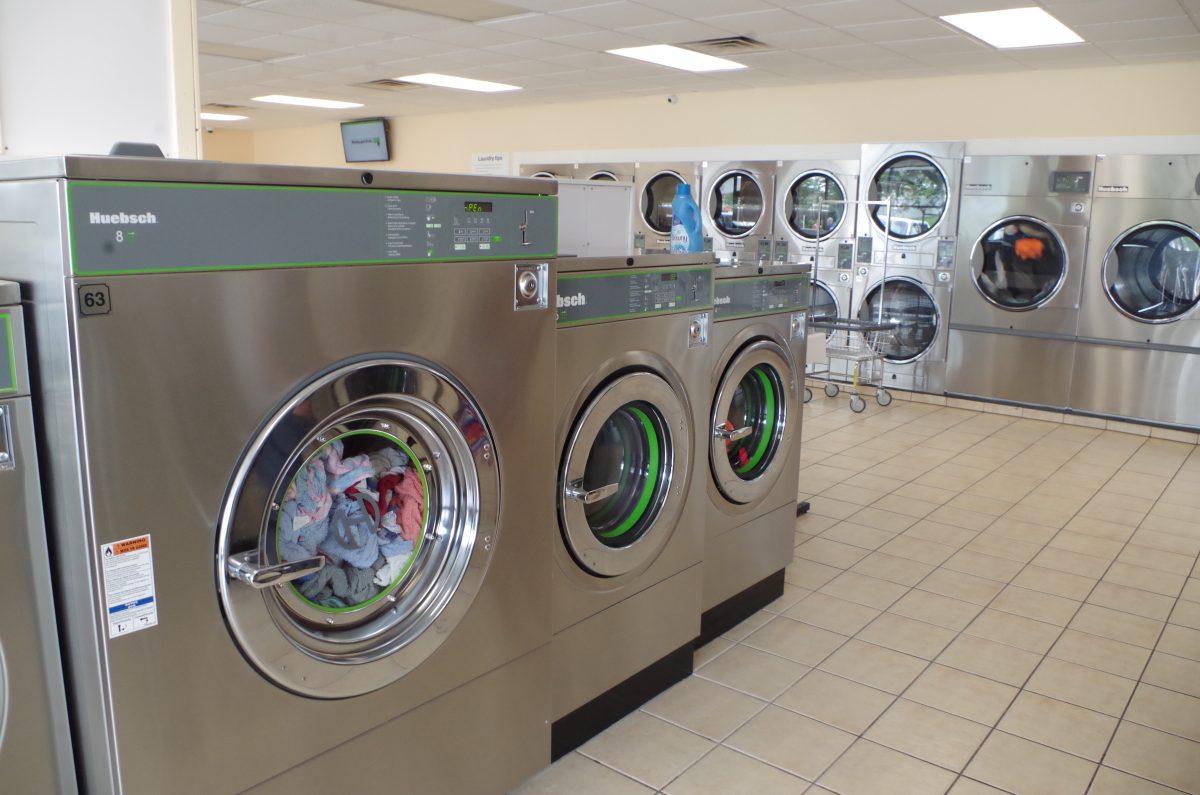