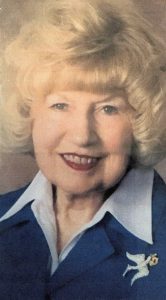 Doris Deal Russell, 88, of Statesville, went to be with the Lord on Saturday, September 12, 2020 at Autumn Care of Statesville following a lengthy illness.

Doris was born September 9, 1932, in Alexander County, the daughter of the late Howard Deal and Estelle Deal of Taylorsville.

She excelled academically at Taylorsville High School, Mitchell Community College, and the University of North Carolina at Charlotte. She loved helping people and was a long-term blood donor. Her faith guided her throughout her life. She was a member of Western Avenue Baptist Church for over 67 years, including serving as a Sunday school teacher and a women’s prison ministry volunteer for a number of years. She was also a Hospice volunteer. She was a member of Gideon’s International Auxiliary.

Including her parents, she was preceded in death by her sister, Louise Hines, and her brother, Ned Deal.

Adams Funeral Home and Cremation Services is honored to be serving the Doris Russell Family.