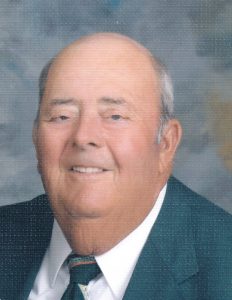 Charles Eugene “Toon” Barnes, 82, of Taylorsville, passed away peacefully at his home on Friday, January 15, 2021.

He was born on August 5, 1939 to the late Don and Mary Sue Childers Barnes of Alexander County.

Toon was a lifelong member of Three Forks Baptist Church, where he served his Lord as a deacon and Training Union Director. Toon loved being outside, he was the happiest on his tractor, farming his own land and gardening. He worked at Broyhill furniture for 35 years. He loved seeing and spending time with his family, especially his grandchildren and great-grandchildren. Toon spent much of his latter days making special phone calls to his loved ones each day.

Deacons of Three Forks Baptist Church will serve as pallbearers.

The family requests that, in lieu of flowers, donations be made to the Three Forks “Faith Fund” @ 4685 Three Forks Church Rd, Taylorsville, NC 28681.