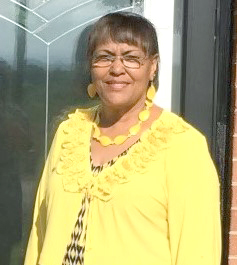 Brenda Millsaps Harris, 72, of North Wilkesboro, passed away Sunday, February 7, 2021 at her home.

Brenda was born April 12, 1948, in Iredell County, to Baxter Leroy Millsaps, Sr. and Elizabeth Morrison Millsaps. She was a member of Rickard’s Chapel AME Zion Church, where she sang in the choir, was on the Usher Board, and was a Deaconess-Stewardess. She retired from Tyson Foods in 2010 after 23 years of service.

Mrs. Harris was preceded in death by her parents.

Flowers will be accepted or memorials may be made to Rickard’s Chapel AME Zion Church Building Fund/Church Improvement, PO Box 1689, North Wilkesboro, NC 28659.

Miller Funeral Service is in charge of the arrangements. Online condolences may be made to www.millerfuneralservice.com.