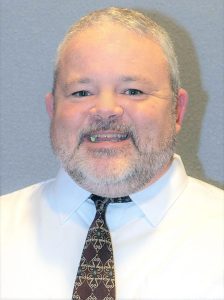 Dr. Jeffrey Peal, who was a current member of the Alexander County Board of Commissioners, has succumbed to injuries sustained in an automobile collision on Monday, July 19, 2021, at approximately 1:30 p.m. while traveling in Ohio, according to a county news release. He was 57 years old.

“We are truly saddened and devastated to learn the tragic news of Jeff’s passing. He was an excellent example of a public servant who used his knowledge and experience for the betterment of Alexander County and our citizens,” said Commission Chairman Larry Yoder. “He loved God, his family, his country, and his county. We will never forget him.”

County Manager Rick French expressed his appreciation for Dr. Peal and his concern for the family. “Jeff made significant contributions during his service to Alexander County, and he will be sorely missed,” French said. “Our sincere condolences are extended to his family who lost a great man, husband, father, and grandfather. Please keep them in your thoughts and prayers during this time of healing.”

Dr. Peal, originally from Ohio, was elected to his first four-year term on the Alexander County Board of Commissioners on November 8, 2016. He was re-elected to a second term on November 3, 2020.

Dr. Peal moved to Alexander County in 2007. He leaves behind his wife of 31 years, Renee; their three children, Savannah, Baylee, and Elijah; and their four grandchildren. Baylee, the wife of Seth Sigmon, just gave birth to their first child on July 17. Savannah and husband, Ryan Wilson, have three young children. Elijah is a rising senior at Alexander Central High School.

In addition to being a commissioner, Dr. Peal served as the Principal at Millersville Christian Academy, and taught masters and doctoral level courses in school administration and leadership as an adjunct professor.

Dr. Peal was a member of Sulphur Springs Baptist Church in Hiddenite where he served as a Deacon and Sunday School Teacher. He and his family recently started attending Millersville Baptist Church.

He graduated from River Local High School, West Liberty State College (undergraduate), and Gardner-Webb University where he earned a Masters in School Administration and a Doctorate in Educational Leadership. He retired from the State of North Carolina after a successful career including high school teacher and coach for 13 years, principal and assistant principal for seven years, and at the Alexander County Schools Central Office serving as Executive Director of Human Resources, Associate Superintendent, and Interim Superintendent for a total of nine years.

Regarding choosing a successor for Peal on the County Commission, Jack Simms, Chairman of the Alexander County Republican Party, stated: “We need to take the time to honor the life of Jeff Peal and let the family have their grieving period. In a short period of time, we will address the situation.”

Alexander County Board of Commissioners issues statement on the passing of Dr. Jeffrey Peal

“It is with deep sadness and regret that we acknowledge the death of Alexander County Commissioner Dr. Jeffrey Peal. He passed away at the age of 57 following a traffic accident in Ohio on July 19. As fellow board members, we are truly devastated by this tragic loss.

“He was a good man who loved God, his family, his country, and his county. We extend our sincere, heartfelt sympathy to his wife, three children, four grandchildren, and his friends. We ask our citizens to keep them all in your thoughts and prayers as they grieve this tremendous loss.

“Of course, the Board will persevere and move forward, but not without a long pause to remember and honor our friend and colleague. We will always remember Jeff for his friendship and contributions to Alexander County.

“Jeff was too well loved to ever be forgotten. Rest in peace, brother.”