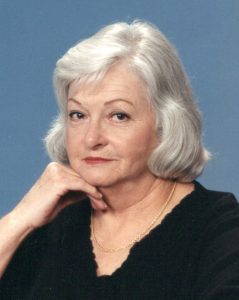 She was born December 6, 1941, in Alexander County, the daughter of the late Cranford Dyson and Annie Pauline Mecimore Dyson.

She was a seamstress and worked for Carolina Glove and Broyhill Furniture. She was of the Baptist faith and enjoyed sewing, crochet, painting, and anything that had to do with crafting. She took good care of her daughter and granddaughter.

Including her parents, she was preceded in death by a brother, Wayne Cranford Dyson.

Those left to cherish and honor her memory include her daughter, Misty Pennell Martin (Colin Overby) of Taylorsville; her granddaughter, Kaelyn Alexis Martin; and special friend, Frank Loudermilt of Statesville.

A Memorial Service will be held at 4 p.m., Friday, August 6, 2021, at Adams Funeral Home Chapel. Rev. Taylor Pennell will officiate. Inurnment will be in the Taylorsville City Cemetery.

Adams Funeral Home and Cremation Services is honored to be serving the family of Ruth Ann Dyson Pennell.