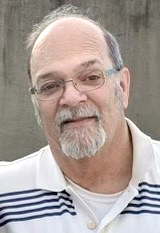 John was born March 3, 1953, in Augusta, Georgia, to the late John and Lucille Hall, Sr. John was of the Christian faith. He enjoyed motorcycles and vintage cars, but shooting and hunting were the loves of his life.

In addition to his parents, John was preceded in death by his wife, Linda Hall of Taylorsville, and two brothers, Bill Hall of Augusta, Georgia, and Bob Moreau of Rayford.