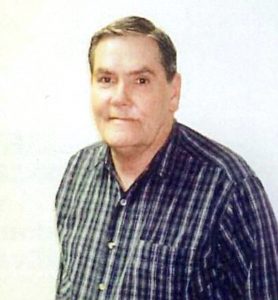 Jerry Lynn Wike, 75, of Taylorsville, passed away September 22, 2021, after an extended illness at Iredell Memorial Hospital.

Jerry was born on March 8, 1946, in Alexander County, to the late Crowson David Wike and Ida Dellinger Wike Jolly. Jerry was a furniture worker and a member of Rocky Face Baptist Church.

In addition to his parents, he was preceded in death by a son, Gerald Lee Wike; three brothers, James Wike, Darrell Wike, and Kenneth Wike; and three sisters, Carol Jenkins, Lillian Canter, and Clara Hensley.

Services will be announced at a later date.

Memorials may be given to Rocky Face Baptist Church, PO Box 397, Taylorsville, NC 28681.