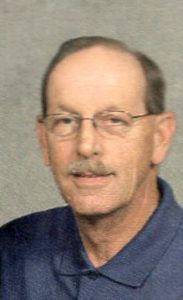 Ronald was born January 29, 1947, in Alexander County, the son of the late Woodrow Wilson Bowman and Madeline Campbell Bowman.

He and Michelle attended East Carolina for four years, where he received a Bachelor’s Degree in Accounting. He was the plant manager for 40 years for Catawba Sox Inc.

He was a member of First Baptist Church in Taylorsville, where he was on the financial committee. Ronald loved to go to the New River. In his younger days, he enjoyed being involved with the Jaycees, basketball, and softball. But most of all, he loved his family, especially the grandchildren.

Including his parents, he was preceded in death by two brothers, Jerry Bowman and Larry Poarch.

Those left to cherish and honor his memory include his wife of 53 years, Michelle Lackey Bowman of the home; his son, Jason Hugh Bowman (Julie) of Conover; his grandchildren, Madeline Rebeca Bowman and Cooper Lee Bowman (who both called him Pop); his sister, Myrna Deal (Jimmy) of Taylorsville; and a number of nieces, nephews, cousins, and close friends.

A Celebration of Life Service will be held at 3 p.m., Friday, October 1, 2021, at First Baptist Church in Taylorsville. Rev. Don Gordan will officiate.

Memorials may be made to Purple Heart Homes, 755 Washington Avenue, Statesville, NC 28677.

Adams Funeral Home and Cremation Services is honored to be serving the family of Ronald Lee Bowman.