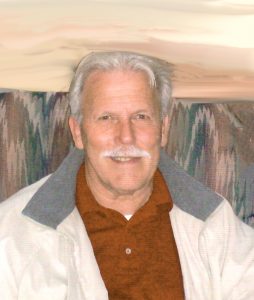 He was born February 17, 1948, in Catawba County, the son of the late Cletus Winebarger and Dezzola Hollar Winebarger.

He was a US Army veteran and was of the Lutheran faith. He worked in the furniture industry and retired from Taylor King Furniture. He loved old cars and spending time with family and friends. He was an avid fan of old television shows.

Including his parents, he was preceded in death by an infant sister, Norma Jean Winebarger, and a brother, McKenzie Winebarger.

Those left to cherish and honor his memory include his wife of 51 years, Pam Winebarger of the home; his sons, Kevin Winebarger (Amy), and Eric Winebarger, all of Taylorsville; his grandson, Zachary Winebarger; his sister, Johnsie Parker of Hickory; his sister-in-law, Ann Winebarger of Conover; and numerous nieces, nephews, cousins, and friends.

The family will receive friends from 11:30 a.m. until 12:30 p.m., Monday, December 27, 2021, in the Adams Funeral Home Chapel. A graveside service will follow at 1 p.m. at the Taylorsville City Cemetery with full military honors accorded by Alexander County Veterans Honor Guard. Rev. Jamie Steele will officiate. In case of rain, the service will be held in the Adams Funeral Home Chapel.

Memorials may be made to St. Jude Hospital.

Adams Funeral Home and Cremation Services is honored to be serving the family of Dewey “DC” Winebarger.