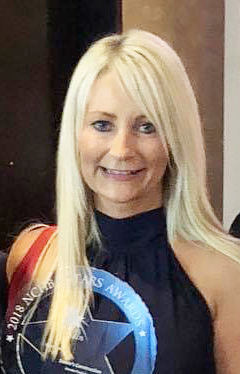 A Taylorsville woman is accused of embezzling more than $15 million from her employer that she used to fund an extravagant lifestyle and to fund personal businesses run by her and her family. This revelation came in a Bill of Information filed by the U.S. Attorney’s Office on Friday, December 17, 2021, in U.S. District Court, Western District, Statesville Division. The filing was made by Dena J. King, United States Attorney, and Maria K. Vento, Assistant United States Attorney.

Donna Osowitt Steele, of Taylorsville, was named as the alleged embezzler. The U.S. Attorney charges that from as early as 2013 through January 2020, Steele executed a scheme to defraud her employer, referred to as “Victim Company A” in the filing. According to corporation papers filed with the N.C. Secretary of State’s Office, Steele was listed as Vice President of Tigra USA, Inc. The company was organized and based first in Ashe County and more recently, in Hickory. Tigra USA is a subsidiary of a European company that manufactures carbide products used in saw blades for the woodworking industry. The owners of Tigra USA and its parent company live overseas.

The filing indicated that Steele was employed by the company from in or about 1999 until she was terminated on or about January 28, 2020. Steele was initially hired to work in the shipping department. Over the next 20 years, she was promoted to various roles at Tigra, including, in or about 2008, to Vice President and, in or about 2015, obtaining the title of Chief Executive Officer (“CEO”), a position she held until she was fired, the U.S. Attorney stated.

Opulence by Steele was a high-end clothing and furniture boutique, started in or about 2013, and founded and run by Steele in Hickory. Between 2014 and 2016, the filing states that Steele transferred more than $350,000 of the funds she embezzled from Tigra to accounts in the name of Opulence by Steele.

Steele used her position as Vice President and then as CEO to embezzle more than $15 million from Tigra. As part of her scheme to defraud, Steele embezzled funds by fraudulently making four types of financial transactions: (1) personal credit card purchases on company cards; (2) checks; (3) “Quickbooks transactions;” and (4) wire transfers.

Investigators say it was part of her scheme to defraud that Steele hid her embezzlement from the owners and employees of Tigra by:

a. Opening bank accounts and credit cards in the name of Tigra without the knowledge or consent of the owners and using those accounts to embezzle from Tigra;
b. Limiting communication and interaction between the employees and owners of Tigra and monitoring any communications that did occur;
c. Convincing the employees that the owners were to be feared and they should be scared to communicate with them and/or should be careful around them;
d. Falsely telling employees that the financial troubles of Tigra were due to the parent company taking money out of Tigra’s accounts; and/or
e. Requiring employees to provide her their passwords to all company systems, including their email, so that she could monitor and/or access their accounts.

For example, when one ofthe credit card companies emailed Steele highlighting as ‘suspicious transactions’ charges of more than $2,000 at Ted Baker and more than $1,800 at Sephora in New York made on [company] credit cards, Steele responded, ‘Yes these are okay and approved – thank you!’”

From in or about 2013 until January 2020, Steele fraudulently used company credit cards, which were paid off with funds from company bank accounts, to pay for more than $6 million in personal expenditures for herself and her family and friends. For example:

From in or about 2013 until January 2020, Steele fraudulently issued and caused to be issued to herself, approximately 98 checks from Victim Company A bank accounts, totaling more than $2.8 million, without the knowledge or consent of Tigra.

From in or about 2017 until January 2020, Steele caused at least 117 fraudulent and unauthorized bank wires, totaling more than $2.2 million, to be made from Tigra’s bank accounts to her personal bank account.

As a result of the embezzlement, Tigra experienced several diffIculties, including vendors withholding products because of late payment or non-payment, customers complaining about being placed on credit holds, employees having their company credit cards declined when they were trying to use them for legitimate business expenses, employees not being paid on time; and/or employees having their insurance cancelled without warning.

Notwithstanding Steele’s efforts to limit communication between the companies’ owners and employees, during the 2019 yearly meeting, the owners learned that there was not enough inventory to fulfill customer orders. As a result, they determined that the numbers Steele had been reporting to them were much higher than the actual inventory.

During the same time frame, the owners also received complaints from customers regarding inventory, credit holds, and/or pressure to pay, despite the customers’ timely payments.

After an internal investigation, Steele was fired. Her firing resolved Tigra’s financial difficulties insofar as there were no longer inventory problems and customer credit holds, company credit cards were not declined, and there were no longer issues with employee payroll and insurance, the filing stated.

Therefore, the Federal case alleges that Donna Osowitt Steele did knowingly and intentionally devise a wire fraud embezzlement scheme in violation of Title 18, United States Code, Sections 1343.
The U.S. Attorney is seeking forfeiture of all property which constitutes or is derived from proceeds of these violations. If property cannot be located upon the exercise of due diligence, has been transferred or sold to, or deposited with, a third party, has been placed beyond the jurisdiction of the court, has been substantially diminished in value, or has been commingled with other property which cannot be divided without difficulty, all other property of the defendant/s to the extent of the value of the property described. The filing then calls for “a forfeiture money judgment in the amount of at least $16,868,354.94, such amount constituting the proceeds of the violations set forth in this Bill of Information.”