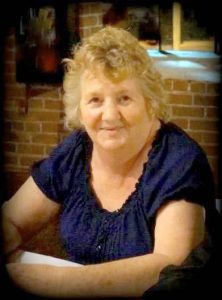 Shirley Ann Oswalt Whaley, 81, of Taylorsville, left this world for her heavenly home on Friday, December 31, 2021, after fighting a long and hard battle with cancer, without complaining.

She was born on April 28, 1940, in Mississippi, the daughter of the late Clarence and Annie Ethel (King) Oswalt. Shirley met the love of her life, her husband, the late David Wayne Whaley, Sr. whom she had met more than 60 years ago when they both went North for work straight out of high school.

She was a waitress while raising her children, then stayed home and kept her grandchildren while her children worked. Her family was everything to her and she always looked forward to visits from her children, grandchildren, and great-grandchildren. Shirley also loved the weekend trips to Cherokee with her husband and later trips with her daughters and granddaughters.

Along with her husband, father, and mother, Shirley was preceded in death by her brothers, Gene and Cecil; and sisters, Anne, Agnes, and Janie.

The family would like to send a special “Thank You” to the staff at Alexander Hospice for all your love, support, and care during this time.

The family will have a private-led memorial service to celebrate Shirley’s life at a later time. Inurnment will be with the family.