Friday, December 17, 2021, was a dangerous night for the Alexander County Sheriff’s Office and the Taylorsville Police Department. At approximately 2:30 a.m., officers were led on a chase by Tony Timothy Martin, who was driving a blue Ford Explorer at a high speed through the Town of Taylorsville.

After the suspect ran a stop sign, the chase continued on NC Hwy. 90 and onto Hwy. 127, where officers employed stop sticks at the intersection of Hwy. 127 and Antioch Church Road. After his vehicle was disabled, Martin approached Sgt. Jordan Barnes in a threatening manner. Barnes exited his vehicle and Martin then stole the patrol car and fled, disobeying commands by the officer. Officer Barnes fired his service weapon in an attempt to stop the car.

Martin continued to flee approximately half a mile with officers in pursuit. The chase ended when Martin rammed into an oncoming patrol car, driven by Deputy Dylan Adams. After a foot chase by several officers, Martin was apprehended.

This incident required the teamwork of officers from the Alexander County Sheriff’s Department, the Taylorsville Police Department, and telecommunicators on duty. 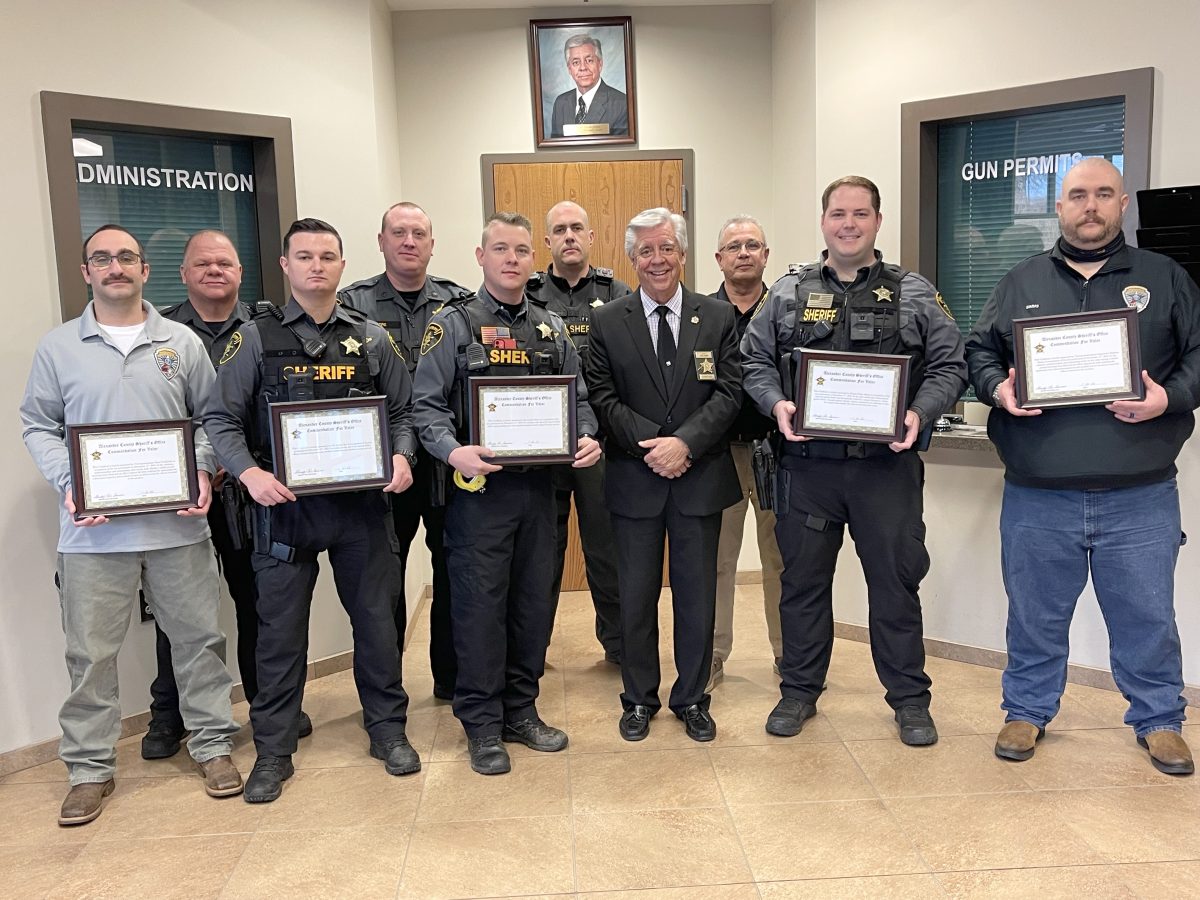 On Wednesday, January 26, Sheriff Chris Bowman recognized the officers and telecommunicators involved in the incident with awards of commendation. He stated that “the officers acted professionally and the telecommunicators relied on their years of experience” for a positive outcome. He also praised the officers for their teamwork aiding each other in a crisis. Deputy Adams ultimately received seven stitches to his forehead and is now fully recovered. Bowman stated that “the Lord was with the dispatchers and officers” during this dangerous situation.

Telecommunicator Ryan Crankshaw and Supervisor Matthew Simms were honored for their “calmness and professionalism and maintaining order on the radio during a vehicle pursuit involving shots fired and an officer injured, all while notifying the proper law enforcement agencies and medical services needed to assist the officers involved in the incident.”

Sgt. Jordan Barnes and Cpl. Jordan Roy were recognized for their courageous acts on Dec. 17th “by coming to the aid of an injured fellow officer and providing necessary medical treatment until medical services arrived.”

Deputy Dylan Adams was recognized “for his valor shown after being injured when his patrol vehicle was intentionally struck by a suspect fleeing in a stolen patrol vehicle. Though injured, Deputy Adams continued in his attempts to take the suspect into custody who fled on foot from the scene.”

In closing, Sheriff Bowman expressed his gratitude to everyone involved for their bravery, effective communication, and quick thinking during such a dangerous situation. 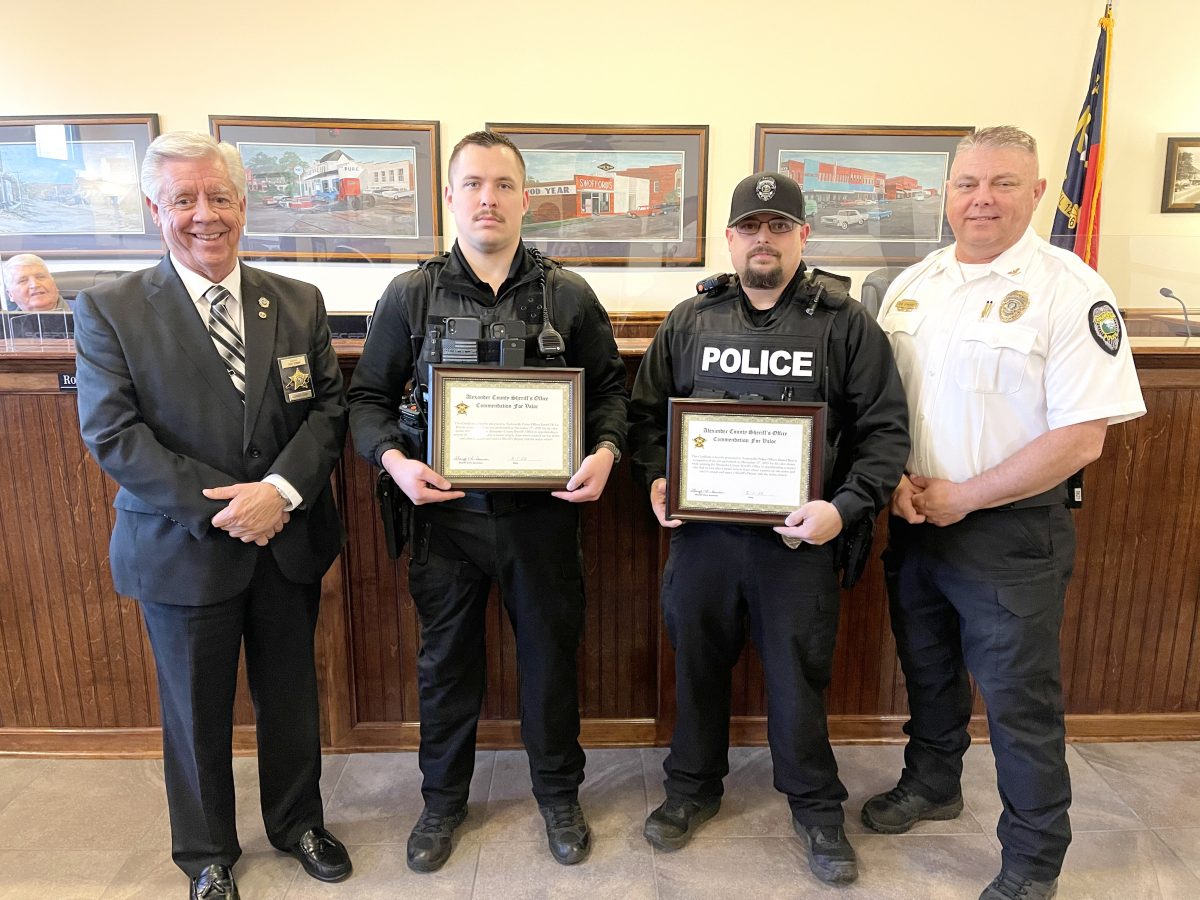