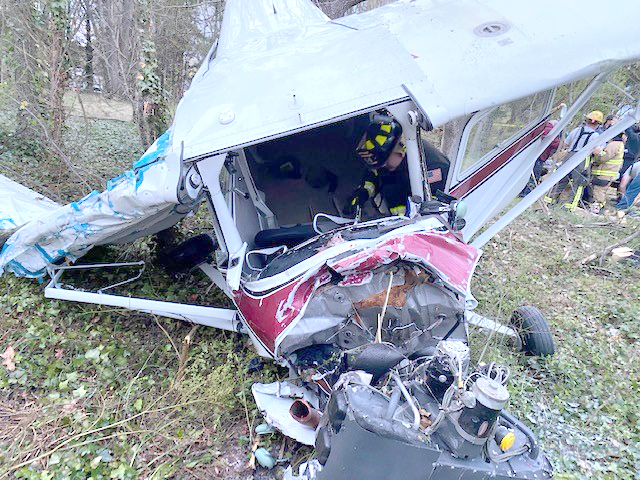 Two people were injured in an airplane crash in Alexander over the weekend.

On Saturday, April 2, 2022, at approximately 7:20 p.m., the NC State Highway Patrol responded to the report of a plane crash in Alexander County in the area of Smith Farm Road near U.S. Hwy. 64, according to Master Trooper Jeffrey S. Swagger of the Highway Patrol. Troopers and other emergency responders arrived and located a single-engine aircraft that crashed in a wooded area.

The two injured occupants were transported to Atrium Health Carolinas Medical Center in Charlotte with non-life-threatening injuries, said Swagger. Troopers contacted the Federal Aviation Administration (FAA) and secured the scene overnight until their arrival around 8:30 a.m. on Sunday.

According to the FAA’s online preliminary accident report and registry information, the aircraft was a Cessna 170, built in 1948, registration number N2656V. Its registered owner name was listed as “pending,” with an address in Fort Lauderdale, FL. The aircraft experienced engine issues and crashed in a residential area. The FAA report listed both the pilot and passenger (without names) as having serious injury.