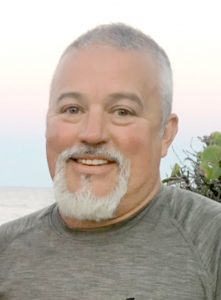 Dennis was born July 15, 1968, in Iredell County, the son of the late David Paul Chapman and Linda Keever Chapman.

He worked for Wesley Hall Furniture in Hickory and was of the Baptist faith. He enjoyed camping, fishing, and spending time with his family, especially his seven grandchildren.

Including his parents, he was preceded in death by his father-in-law, Jimmy K. Cline, and his sister-in-law, Katherine Wike Chapman.

The funeral service will be held at 4 p.m., Monday, May 16, 2022, at Rocky Face Baptist Church. Pastor Ryan Hodges and Pastor Eddie Jolly will officiate. Burial will follow in the church cemetery. The family will receive friends from 2:30 p.m. until 3:45 p.m. prior to the service.

Adams Funeral Home and Cremation Services is honored to be serving the family of Dennis Paul Chapman.