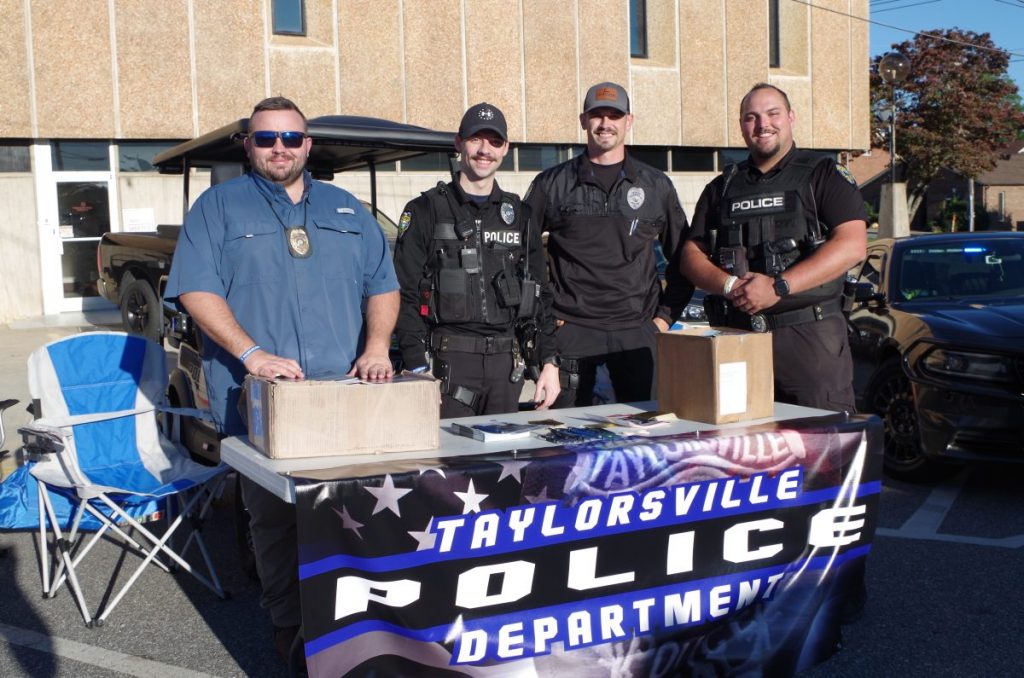 Taylorsville Police Dept. was one of many local emergency agencies on hand to speak with families at National Night Out. Above, from the left: Lt. Ethan Windsor, Patrolman T.J. Osorio, Patrolman Matthew Woods, and Sgt. Zach Stevenson. 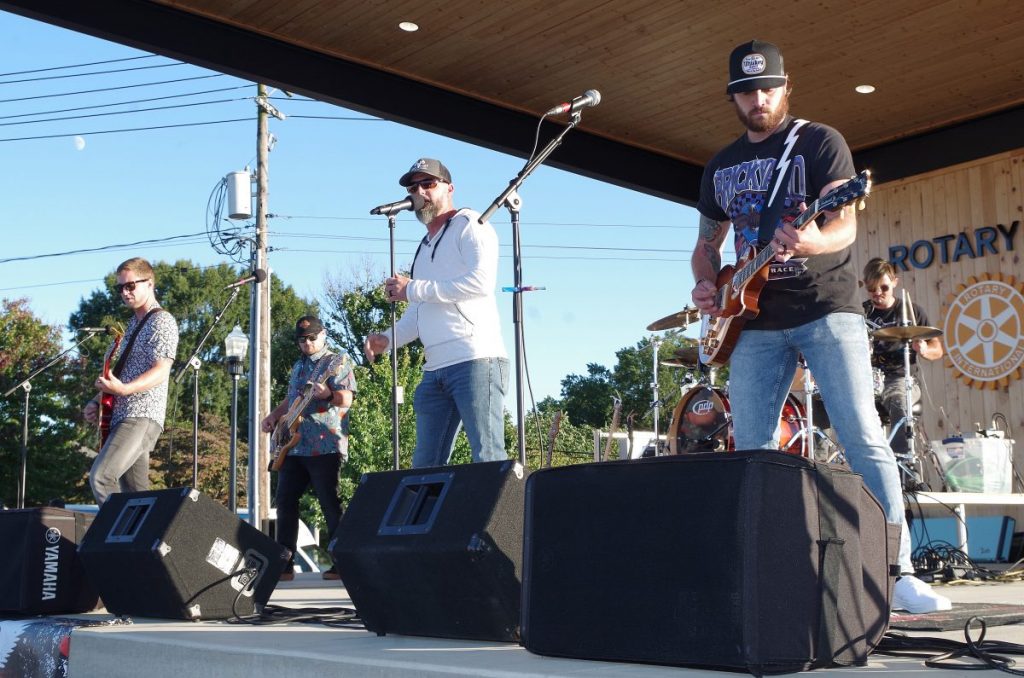 A huge crowd turned out for the National Night Out in Downtown Taylorsville on Tuesday, October 4, 2022. The Fall weather was perfect for hundreds of people to walk around and visit the booths from various emergency service agencies.

Lt. Shannon Roberts and Major Jason Moore stated that the event was first held in 2015, but has not been held in two years due to the Covid pandemic. It is organized by the Sheriff’s Department and Crimestoppers.

Any proceeds from the event go to help fund Crime Stoppers. This year, Crime Stoppers handed out free hot dogs, popcorn, and water. They prepared 2,000 hot dogs to share with the public.

Local emergency equipment was on display to add excitement for the children and McGruff the Crime Stopper Dog shook hands with little ones. The turnout was exceptional for the first “Night Out” held after the Pandemic. 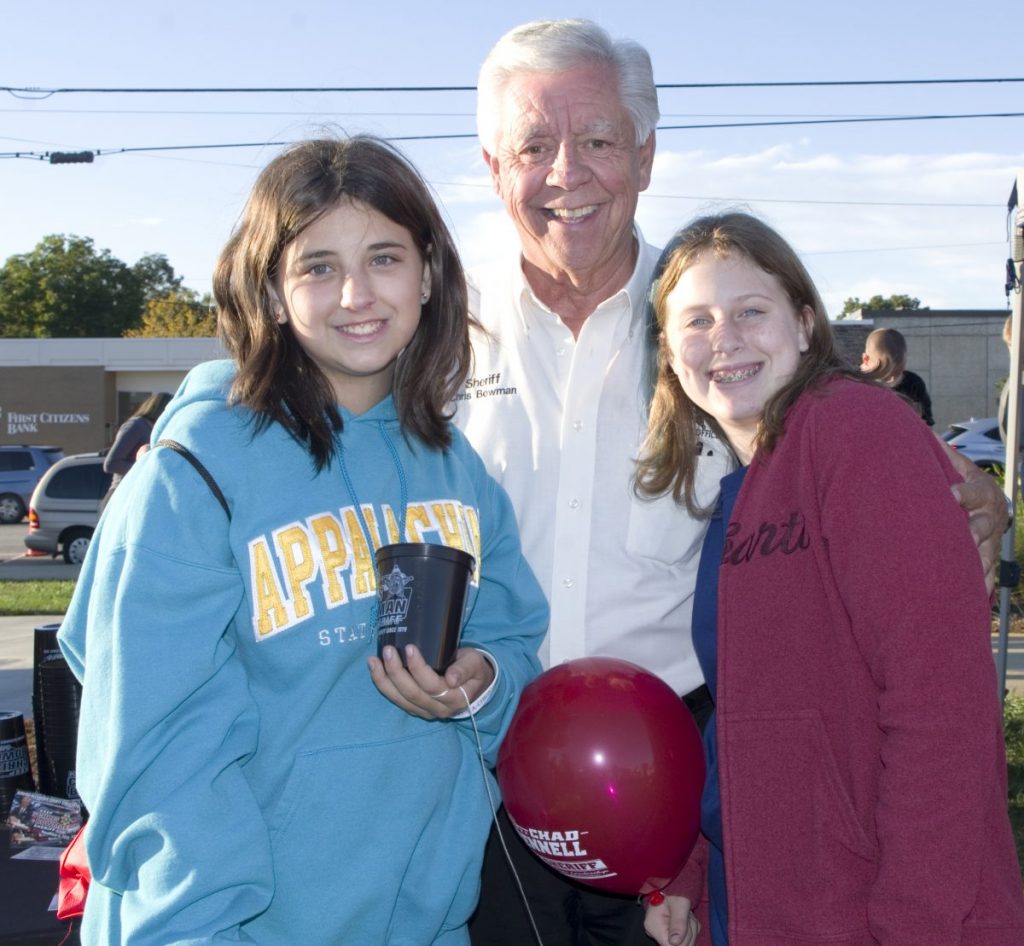 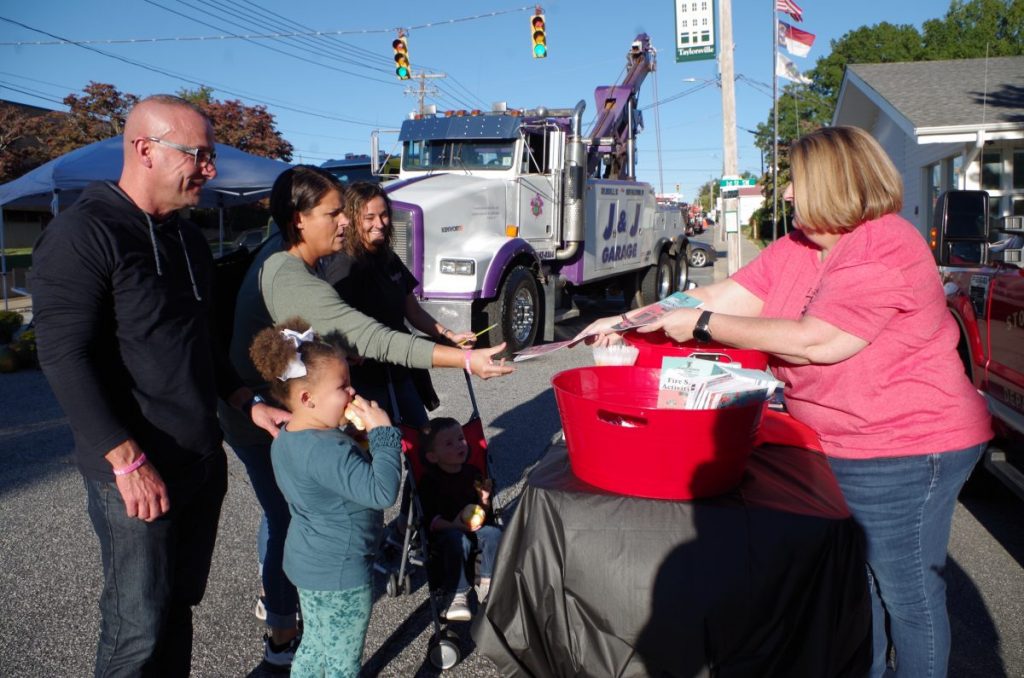 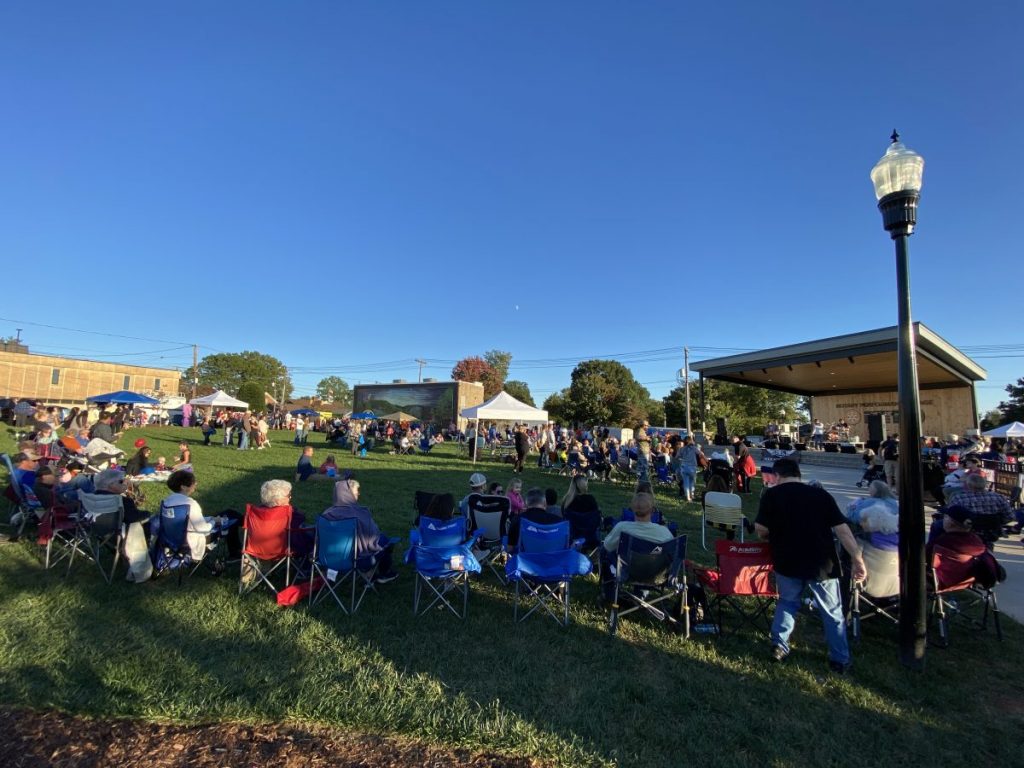 The Courthouse Park green had many families visit during National Night Out. 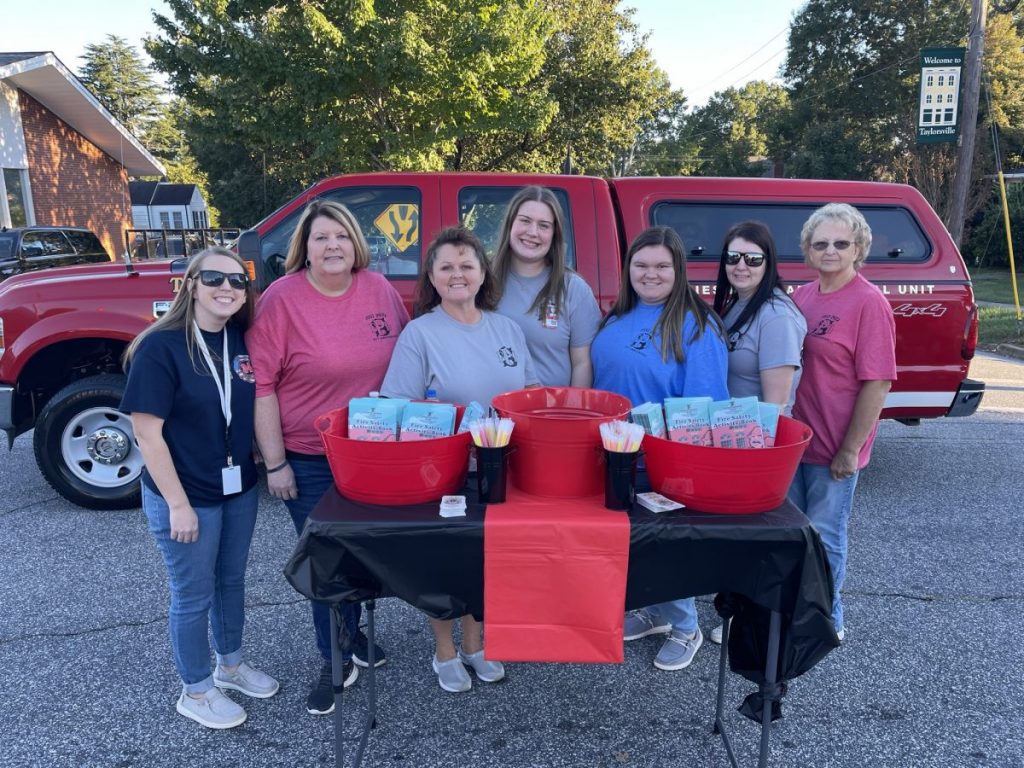 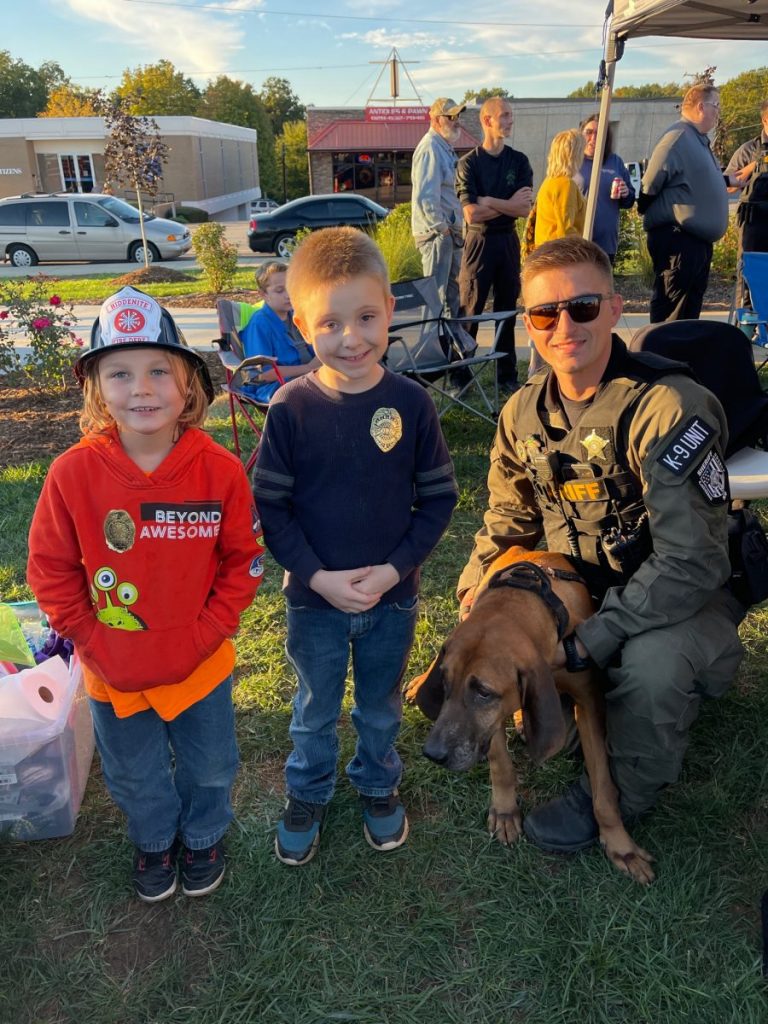