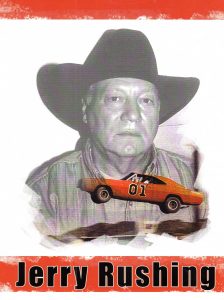 He was born to the late Espie Elijah Rushing and Hazel Benton Rushing in Union County.

In addition to his parents, Jerry was preceded in death by a brother, Johnny Rushing; and a granddaughter, Brandy Tarlton.

Those left to cherish his memory are his wife of 59 years, Shelby Polk Rushing; a daughter, Darlene Tarlton; a sister, Phyllis Rushing Kiker of Monroe; and a great-grandson, Rowdy Tarlton.