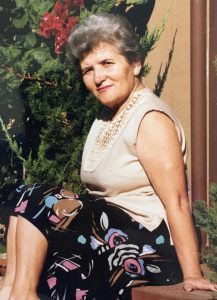 Petrina Glont Marinescu, 89, of Taylorsville, passed away on Thursday, April 19, 2018 at her residence.

She was born to the late Ion and Alexandra Glont on June 27, 1928 in Romania. Petrina was an educator and attended the Christian Orthodox Church.

Along with her mother and father, she was also preceded in death by her husband of 49 years, Stefan Marinescu; and two brothers, Marin and Jon Glont.

A private family viewing will be held on Friday, April 20, 2018, at 3:00 p.m., at Alexander Funeral Service.
The memorial service will follow in the funeral home chapel at 4:00 p.m.