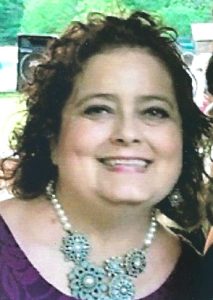 Amy Elizabeth Drummond Burriss, 47, of Taylorsville, passed away Sunday, October 21, 2018 at Gordon Hospice House. She had been in declining health for six years and seriously ill for one month.

She was a member of Donate Life. “Every breath is a gift….Be a hero, be an organ donor.” She devoted her life to her family and friends while being a mentor to many and a friend to all who met her. Amy was employed as a Teacher’s Assistant at Hiddenite Elementary School until 2009 and then fulfilled her dream of becoming a stay at home mom.

At Amy’s request, there will be a private ceremony for the family at a later date.

In lieu of flowers, donations may be sent to SECU Family House at https://www.secufamilyhouse.org/donate-now.

Condolences may be e-mailed to the Burriss Family by visiting our website at www.chapmanfuneralhome.com.