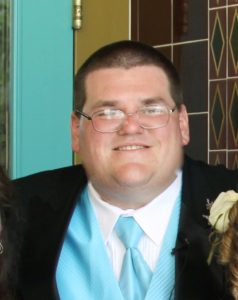 Tony Austin Gant, 42, of Shasta Lake City, California, formerly of Stony Point, passed away on Wednesday, February 12, 2020 at his home.

Tony was born September 1, 1977, the son of Johnny A. and Carol S. Gant of Taylorsville.

Tony was known for his jovial nature and good humor. He enjoyed volunteering his time at Turtle Bay School where he was well loved by all the children for his enthusiasm. His hobbies included art, music, writing, sports, and video games. He grew up attending Stony Point Baptist Church, which he still considered his church family.

A celebration of life service will be held at 4 p.m., Thursday, February 20, 2020 at Stony Point Baptist Church. An informal visitation with family and friends will follow immediately after the service. Pastor Rick Norman and Associate Pastor Andrew Sharpe will officiate.