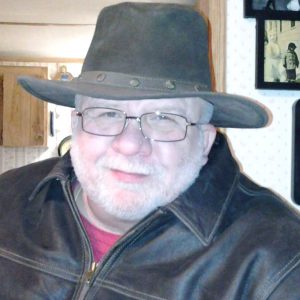 Terry Edward Roberts, 64, passed away on March 30, 2020 after a short, hard-fought battle with leukemia.

He was a child of God, a wonderful husband, brother, and uncle. Terry was tough! He didn’t start no junk, but he didn’t take any either! He was a Marine to the core; his last work was at Piedmont Wood Products.

Terry was preceded in death by his mother, Dessie Roberts; a brother, Jerry Roberts; two brothers-in-law, Zeno Pearson and Michael Ganzman; and his father-in-law, Bill Forestieri.

Those left to grieve his loss is the love of his life, his wife, Cathy Ganzman Roberts of the home; and wonderful sister, Geraldine Pearson of Taylorsville. He had a special niece, Diana Ewart, and a special nephew, Audie Lee Pearson. He also left his mother-in-law, Frieda Forestieri, eight nieces and nephews, five great-nieces and nephews, a great-great-nephew, and several cousins.

Terry left many friends behind. He had two special friends, Randy Loudermelk and Steve Hammer.

He will be greatly missed by all who knew him.

The family has requested that, in lieu of flowers, donations be made to Hospice of Alexander County, 50 Lucy Echerd Lane, Taylorsville, NC 28681.