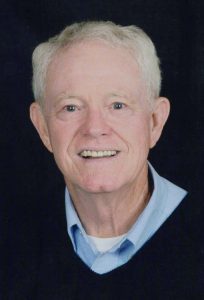 Born March 26, 1945, in Birmingham, Alabama, he was the son of the late Harry Watson Bowles, Jr. and Jean Hooten Bowles.

He was a veteran of the U.S. Army, serving during the Vietnam war, and had retired from veterinary sales with the Butler Company.  Harry was an active member of Highland Baptist Church where he served for many years as a deacon and Sunday school teacher.  He loved his church family and was dedicated to his service with Gideon’s International.  He enjoyed woodworking and model airplanes, but his true joy was anything involving time with his family.

He is survived by his wife of 53 years, Judy McLoud Bowles of the home; son, Jesse Bowles and wife Amy of Bethlehem; grandchildren and his true pride and joy, Deacon and Caroline Bowles, both of Bethlehem; sister, Sharon Bowles Horton of Rogersville, Alabama; sister-in-law, Carol Wood and husband George of Chattanooga, Tennessee; brothers-in-law, Jody McLoud and wife Mary of Kingston, Tennessee, Tony McLoud and wife Cheryl of Knoxville, Tennessee, and Kevin McLoud of Nashville, Tennessee; and several nieces and nephews.

Bass-Smith Funeral Home in Hickory is serving the family of Harry Watson Bowles, III and on-line condolences may be sent to www.bass-smithfuneralhome.com.