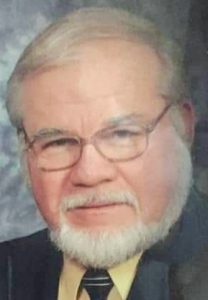 He was born July 1, 1951, in Wilkes County, to George Carl and Arbutus Wagoner Bard.

Services for Steven will be conducted at Alexander Funeral Service Chapel on Wednesday, August 26, 2020 from 11:00 a.m. until 12:00 p.m. Rev. Craig Edwards, Rev. Gary Jennings, and Darrell Worley will officiate. Interment will follow in the Taylorsville City Cemetery.

Steven was a member of New Hope Baptist Church in Salisbury. He enjoyed any kind of music, and singing in gospel groups at church. He played the guitar in his church for years, traveling with and playing for spiritual groups.

Steven was preceded in death by his sister, Carlene Blackburn.

The family asks that you follow the regulations for Covid-19 with social distancing and wearing a face mask during the services.

The family has requested that, in lieu of flowers, donations be made to The American Heart Association @ 7272 Greeneville Avenue, Dallas, TX 75231.