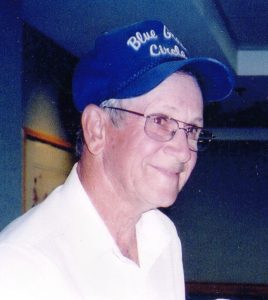 Carlie “Carl” Monroe Jolly, 78, of Taylorsville, passed away on Thursday, November 5, 2020 after a period of declining health. He was born to the late Carlie Monroe and Lera Pauline Robinette Jolly, Sr. in Alexander County.

Carl was a master carpenter and his talents for construction can be seen all across Alexander County. He enjoyed Bluegrass music, farming, gardening, and especially the time he could spend with his grandson, Ben.

Along with his parents, Carl was preceded in death by a brother-in-law, Pinkney Eli Barnette, and sister-in-law, Jeanette White Jolly.

Carl was known by many as “Son.” Those left to cherish the memories of Carl include his wife of 58 years, Joyce Wilma Childers Jolly; daughter, Jill Jolly Bowman of the home; son, Rev. Phil M. Jolly (Kelley) of Taylorsville; a grandson, Ben Jolly of Taylorsville; four sisters, Shirley Jolly Barnette of Fountain Inn, South Carolina, Peggy Jolly Bentley (Ned) of Taylorsville, Linda Jolly Bumgarner of Taylorsville, and Brenda Jolly Payne of Taylorsville; a brother, Tommie Jolly (Bonita) of Granite Falls; along with a number of nieces and nephews.

The family requests that, in lieu of flowers, memorials be made to Hospice and Home Care of Alexander County @ 50 Lucy Echerd Lane, Taylorsville, NC 28681.