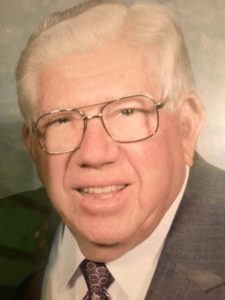 He was born on Tuesday, April 22, 1930, to the late George W.T. Martin Bard and Ella Mae Parsons Bard in Wagoner, in Ashe County. He was a member of East Taylorsville Baptist Church. He retired from Schneider Mills in Taylorsville and in his retirement, he drove a school bus at Alexander Central High School.

He was a master woodworker, having saved the lumber from the original East Taylorsville Baptist Church building to incorporate into his home so he would always walk on ‘Holy Ground’. He enjoyed entertaining his grandsons with camping trips and wrestling matches. In later years, he enjoyed watching western television shows and movies.