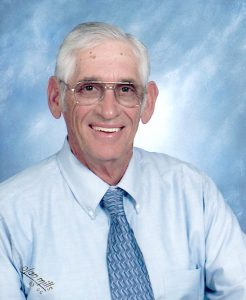 Robert Elder, 84, of Taylorsville, passed away on Tuesday, January 26, 2021 surrounded by his family.

Born April 3, 1936, in Alexander County, to the late Howard Walter and Nell Mae Dagenhart Elder, Robert was a veteran of the US Army where he served as a Military Policeman. Robert was a self-employed poultry farmer.

He was a member of East Taylorsville Baptist Church, where he served his Lord as a deacon. He also served many years on the Building and Grounds committee. Robert will be remembered for his gardens, raising cattle, and farming. Robert was also an Atlanta Braves fan, enjoyed Bluegrass music, his wife’s cooking, but most of all he loved his boys, his grandchildren, and great-grandchildren.

Mr. Elder’s body will lie-in-state at Alexander Funeral Service on Thursday, January 28, 2021, from 12:00 p.m. – 5:00 p.m., and Friday, from 9:00 a.m. – 1:30 p.m., with the funeral service following at 3:00 p.m. at East Taylorsville Baptist Church. Interment will be at the Taylorsville City Cemetery following the service. Rev. Jamie Steele and Pastor Landis Elder will officiate.

The family has requested that, in lieu of flowers, donations be made to the East Taylorsville Building Fund @ 644 1st Avenue Dr. SE, Taylorsville, NC 28681.