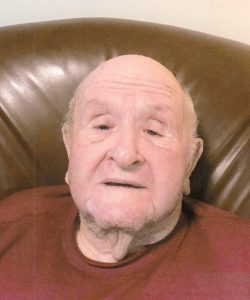 “Glen Ray” Fox, 82, of Taylorsville, passed away January 29, 2021 after a short illness at Taylorsville House.

He was born December 4, 1938, in Alexander County, to the late Ralph and Edith Teague Fox.

In addition to his parents, he was preceded in death by his wife, Doris Cline Fox, and a brother, Grady Fox.

He served his country in the United States Army and worked at Century Furniture for 48 years until his retirement. He enjoyed going to yard sales and watching NASCAR.

Glen will lie in state Tuesday, February 2, 2021 at Alexander Funeral Service from 9 a.m. to 5 p.m. A graveside service will be conducted Wednesday, February 3, 2021 at Teague Munday Cemetery, at 1:00 p.m., with Rev. Mike Johnson officiating. Military honors will be provided.

The family would like to thank the staff at Taylorsville House for taking good care of Glen.