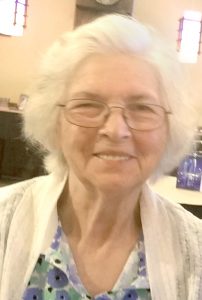 Kay Frances Childers Ashley, 78, of Hiddenite, passed away on Wednesday, February 10, 2021 at her home.

Kay was a retired worker in the textile industry, working for Schnieder Mills. Kay loved her family and especially her grandchildren. She was a member of Freedom Baptist Church.

In addition to her parents, Kay was preceded in death by her infant brother, Richard L. Childers.

There are no formal services planned at this time. Inurnment will be with the family.

In lieu of flowers, the family wishes donations be made to Hospice and Home Care of Alexander County at 50 Lucy Echerd Ln, Taylorsville, NC 28681.