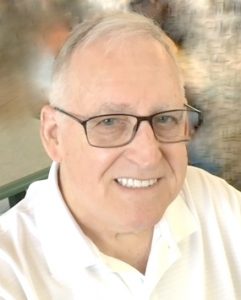 Michael was born on September 28, 1946, in Iredell County, to the late Harold and Martha Bost Powers. Michael was a member of Antioch Baptist Church, where he served as a deacon, Sunday School teacher, and finance chairman. Michael was incredibly involved in his faith.

In addition to his parents, Michael was preceded in death by his daughter, Angela Mayberry, and a brother, Don Powers.

A graveside service for Mr. Powers will be conducted in the Antioch Baptist Church Cemetery on March 6, 2021, beginning at 11:00 a.m.

The family requests that, in lieu of flowers, donations be made to the Antioch Baptist Benevolence Fund, Antioch Baptist Church’s General Fund, or to the Senior Ministry @ 580 Antioch Church Road, Taylorsville, NC 28681.