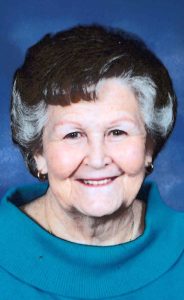 She was born December 13, 1926, to the late Watt and Daisy McLain Connolly. During her working career, she worked in the food industry at several different places, including the Pink Tea Room at Iredell Memorial Hospital. Eula was a member at Oxford Baptist Church in Conover and enjoyed bingo, word searches, reading, and traveling when she was able to do so.

Along with her parents, she was preceded in death by two spouses, Roland Scott of 50 years, and Jack Harris of 20 years; a daughter, Ann Fox; a brother, Durant Connolly; a granddaughter, Cindy Walker; and a son-in-law, Charles Beam.

In lieu of flowers, donations may be made to Carolina Caring at 3975 Robinson Road Newton, NC 28658.