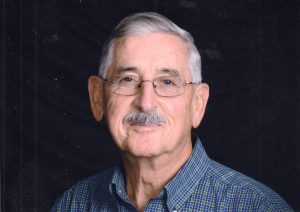 Burton was born on December 28, 1940, in Caldwell County, to the late Hayden Burke and Cecil Pennell Reid. During Burton’s working career, he worked as a heavy equipment operator, electrician, cut timber, and finally was a truck driver for the furniture industry. He was a member of Oxford Memorial Baptist Church, enjoyed hunting, farming, and loved his dogs. Burton will also be remembered for raising a garden every year in order to distribute the produce to those in the community who couldn’t help themselves.

In addition to his parents, Burton was preceded in death by a child, David Lee Reid, and two brothers, James Donald Reid and Larry Blaine Reid.

In lieu of flowers, donations may be made to Oxford Memorial Baptist Church Building Fund @ 2889 Old NC 90 Rd, Taylorsville, NC 28681.