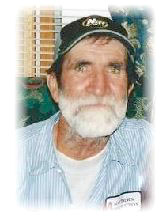 Frank Edward Petrea, 73, of Taylorsville, went to be with his Lord and Savior on Sunday, August 22, 2021, at Wake Forest Medical Center.

He was born February 10, 1948, in Caldwell County, to the late Riley and Alda Auton Petrea. He accepted Christ as his personal Savior at Dover Baptist Church. Frank served his country in the U.S. Army and fought in the Vietnam War. He was also a DAV member since 1987.

Frank worked for John White Steele and Matthews Construction for 25 years until he retired two years ago. Frank loved western movies, shows, and NASCAR racing. Frank also loved spending time with family after a hard day’s work, never complaining, and was always eager to help others.

Along with his parents, Frank was preceded in death by his two brothers, Harry Petrea and R.J. (Riley) Petrea; two sisters, Joyce Pennington and Sandra Smith; and a half-sister, Virginia “Tootsie” Watts of Kannapolis.

He is survived by a special friend of 30 years, Shirley Robinette of the home; a daughter, Sharon Haigler of the home; a granddaughter, Shasta Thao and husband Fred; three great-granddaughters, Kryie, Skyla, and Freya; brother, Jerry Petrea and wife Mabel of Taylorsville; sisters, Sybil Harris and husband Jack of Valdese, and Barbara S. Pennell and the late Steve Pennell of Lenoir; and numerous nieces and nephews.

In lieu of flowers, donations may be made to Dover Baptist Church @ 3525 Dover Church Road, Taylorsville, NC 28681.