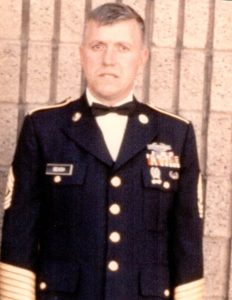 Joe is renowned for not holding back his opinion through his extensive vocabulary for which he always told you the truth even if it wasn’t what you wanted to hear.

We were told many times how he walked for miles in a blizzard uphill both ways to get to school, so suck it up and welcome to Joe’s School of Hard Knocks.

With that said, he was genuine to a fault, a pussy cat at heart (or lion), and yet him sugar-coating nothing led to words of encouragement, wisdom, and comfort which now gives us an opportunity to pass down to our children.

He loved his farm and, trust us, he LOVED to work that farm with us as his helpers, when child labor was legal, or so we were told. Joe taught his family how to fish, to select a quality hammer, to love nature, and to just be thankful. He took great pride in his family.

He had a life-long love affair with deviled eggs, Sundrop, Duke’s mayonnaise, tomatoes, Vienna sausages with hot sauce, his homemade moonshine (which was really only some grapes that fermented in a hot shed), Vidalia onions, and livermush.
He excelled at growing apple and pear trees, rebuilding birdhouses, eradicating moles from his front yard, living within his means, outsmarting squirrels, letting deer know his yard was the place to be, and reading any book he could get his hands on, especially history.

He truly had a life-long affair with his oversized “old man” remote control, which thankfully survived all his power plays and running over it, to flip between watching Andy Griffith or Hee-Haw if there was nothing on The History Channel.

First Sergeant Javone Joseph Beach loved the Army: it cultivated him, it nurtured him, and it gave him the most satisfying years of his life until the next chapter that brought him grandbabies and then great-grandbabies for which Grandpa took extreme pride. He would howl like a bobcat or crow like a rooster any time he would see them in person or on their phone calls.

The way he passed is exactly just like he lived: he wrote his own rules and he paved his own way. And if you said he couldn’t do it, he would make sure he could.

A country boy at heart that was extremely proud of his heritage, his life, and most of all his family that he will be waiting for while he widdles us all rocking chairs.

We love you from here to eternity.