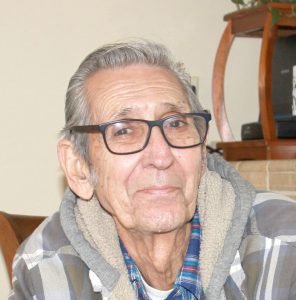 Dwight Thurston Mecimore, 76, of Taylorsville, went home to live with his Lord and Savior on Wednesday, April 6, 2022, after several years of declining health.

He was born on January 8, 1946, and was the son of Dorothy M. Elder and Asa Thurston Mecimore and was the stepson of Arvel Elder.

In addition to his parents, he was preceded in death by an infant daughter, an infant granddaughter, and a sister, Mary Elder Matheson.

Those left to cherish his memory include his wife of 42 years, Libby Mecimore; son, James (Esther); grandson, J.T. and daughter, Suzanne, of Taylorsville; brother-in-law, Neil Matheson; nieces, Karen Loudermelk (Russell) of Taylorsville, Tina Chapman (Shannon) and children, Cameron and Alyssa Chapman, of Stony Point; great-niece, Kensley Allen (Austin) and children, Bennett, Lillie, and Lynnsie, of Taylorsville, and Shana Loudermelk and fiancé Jake Levan of Statesville; as well as a number of aunts, uncles, and cousins.

Dwight worked at Blue Bell, Pierpoint, and was retired from Carolina Glove. Dwight was able to fix almost anything and was always willing to help family and friends when needed. He loved bluegrass music and excelled in playing the fiddle, banjo, and guitar in earlier years.

He loved his family, especially his grandson who was his “precious little boy,” and he is now reuniting with a daughter and granddaughter. He loved the Lord, and Bible study was a major priority in his life.

At his request, there will be no formal visitation or funeral. However, family and friends are welcome to come by the house to share a memory.

Dwight’s family wants to thank everyone who helped in any way, including the kindness of the medical staff at Frye and those at Carolina Caring.