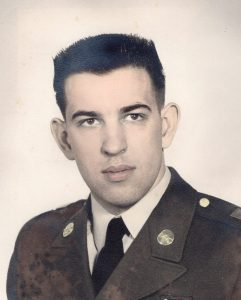 Franklin was born April 5, 1937, in Wayne County, Pennsylvania, the son of the late Albert Lemley and Sadie R. Lemley.

He was a US Army veteran and was stationed in Germany during the building of the Berlin Wall. He was a member of Dover Baptist Church. Franklin retired from Century Furniture as a supervisor after 38 years. He loved God first and then his family. He enjoyed working with his hands and loved his grand dogs.

Including his parents, he was preceded in death by his sisters, Wilma Allison, Evelyn Crawford, and Edith Gallentin; and his brothers, Wayne Lemley, John Lemley, Clark Lemley, and Kinsey Lemley.

Memorials may be made to St. Jude Children’s Hospital in memory of Franklin Eugene Lemley.

Adams Funeral Home and Cremation Services is honored to be serving the family of Franklin Lemley.