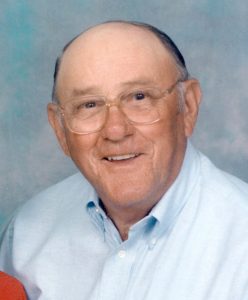 He was born on June 22, 1931, in Alexander County, to the late Lawrence Herbert and Laura Jane Little Teague. Hal was a member of St. Luke Lutheran Church, where he was a member of St. Luke’s Loaves and Fishes ministry team. Mr. Teague enjoyed cooking at the soup kitchen and for the Mobile Café. During his working career, he was a skilled carpenter in the construction business, along with operating a ditch digging and boom truck service.

Along with his parents, he was preceded in death by his brothers, Wade and Claude Teague; and sisters, Mary Thomas, Evelyn Johnson, and Mable Pritchard.

Hal married Bonnie Presnell on November 27, 1953. For the past 68 years, they were rarely seen without the other. Mr. and Mrs. Teague were blessed with two daughters, Kathy Williams and Kelly Bumgarner, their spouses, Mike Williams and Christy Bumgarner, and their grandson, Jonathan Williams, who will honor and cherish his memory.

In lieu of flowers, donations may be made to Loaves and Fishes Ministry at St. Luke Lutheran Church, 1364 Church Road, Taylorsville, NC 28681.