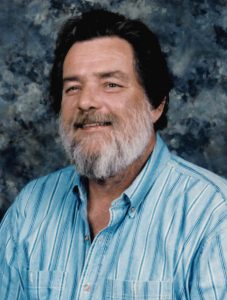 He was born on December 13, 1951, the son of the late Glenn Oakley and Frances Louise Sharpe Keever. During his career, he worked as a contractor for Keever Construction and Diversified Contractor’s Inc. Michael was of the Baptist faith, loved to cook, and was an avid reader. He also enjoyed working with his hands, and was a devoted Tar Heel fan.

Along with his parents, he was preceded in death by his uncles, Loyd and Garland Keever, Atwell Sharpe, and Hansford Marshall; aunts, Annie Keever Peacock, Betty Sharpe Marshall, Eula Vannoy Sharpe, and June Bumgarner Keever; and cousins, Gale and Chad Keever, and James David Marshall.

The family would like to say a special thank you to Kelly & Janice Renegar and the late Leon Moose, who are more like family than friends.

Memorials may be sent to Hospice of Alexander at 50 Lucy Echerd Lane, Taylorsville, NC 28681.