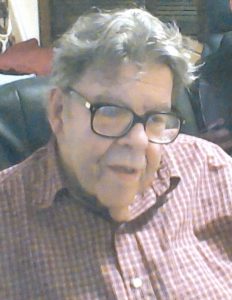 Bill was born in Washington, D.C. in April 1932 to the late Russell P. Miller and wife Katherine Barr Miller. He was a graduate of Herndon High School, Virginia, and attended Bridgewater College in Virginia. He served four years in the U.S. Navy during the Korean War.

He retired, in 1987, from the National Oceanic and Atmospheric Administration in Suitland, Maryland as a Computer Room Coordinator in the National Environmental Satellite Service (NESS) with 34 years of service to the U.S. Government.

Along with his parents, he was preceded in death by his only brother, Russell P. Miller, Jr.

He is survived by his wife, Edith Eloise Marlowe Miller, formerly of Marion; brother-in-law, Henry Ingram of Spruce Pine; and nieces and nephews.

A funeral service will be held on Wednesday, December 9, 2020 at 2:00 p.m. in the chapel of Hickory Funeral Home. Bill will lie-in-state from 12:30 until 2:00 p.m. prior to the service. Pastor Bruce Marlowe will be officiating the service. Burial will follow at Bethlehem Baptist Church Cemetery, located at 7500 NC-127, Taylorsville, NC 28681, in southern Alexander County.