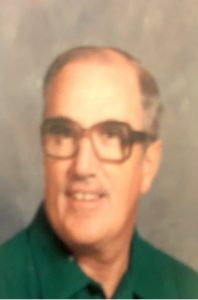 Steve was born Tuesday, October 4, 1932, to the late John (Cub) Culberson Watts and Nettie Barnes Watts. He was a member of First Baptist Church of Taylorsville.

Steve graduated from Taylorsville High School, Lenoir Rhyne College, and Appalachian State University. Steve served our country in the Army stationed in Hawaii, while he was there, he visited Guam and Japan. Steve taught for two years in Frankfurt, Germany, and toured many European countries. He also taught in Miami, Florida, at Columbia College in Columbia, South Carolina, three years at Mitchell College in Statesville, Statesville, Watauga, and Alexander County. He was the principal of Wittenberg Elementary School for 20 years.

A private graveside service will be conducted Thursday, May 27, 2021, at the Taylorsville City Cemetery. No formal visitation will be held.